Bleeding with the waning vs the waxing moon

My last blog post covered bleeding with the full moon vs the new moon and I want to follow on by considering what can come up with bleeding with the waning vs the waxing moon. Before diving in I want to point out that there is no right or wrong way to bleed with the moon.  Some women feel that it is necessary to sync their cycle to the moon so that they ovulate with the full moon and bleed with the dark moon.  Though this is possible, it’s certainly not necessary. You don’t need to sync your cycle with the moon because it already is and each moon phase has it’s own potent powers for you to tap into.

Just as we all have our own unique fingerprint, how we bleed with the different moon phases is our own unique experience.  There may be similarities that cross over, however even comparing two of our own periods from bleeding at the same moon phase can be totally different because of the unique magic that is coming through.

The moon is waxing when it begins to build in size after the new moon.  I like to remember it as the idea of adding wax to a candle to build it up (just a random bit of nonsense that may be useful).

Bleeding at the waxing moon is a call to get curious, to be playful, and to be open to making new discoveries about yourself, others and the world.  The important thing, and sometimes challenging thing, is to not act on them while you are still bleeding, but instead wait for that wave of energy that arrives just before ovulation.  During this time you can read books you’ve been meaning to read, taste different foods, take a left when you’d usually take a right.  Explore what you’re thinking and most importantly, feeling when you bleed during a waxing moon with a playful curiosity.

The moon is waning after the full moon when it starts to reduce in size.  Bleeding at the waning moon is a call to tend to what’s already been created and called in.  It’s an invitation to receive intelligence as you bleed.  You’re basically a divination rod for source when you bleed.  So allow it to help you get geeky with the details and really stabilise and solidify already existing conditions and release/edit anything that will get in the way of development and growth.  It’s like you’ve already created the masterpiece painting and here you are now putting in the final touches that bring it all to completion.

There is no right or wrong way to bleed.  It is all an exploration and each phase has it’s own potent powers for you to tap into.  This knowledge and access to our feminine mysteries is one of the many  potent ways that we get to reclaim our power.  If we choose not to, that’s ok as well, but what a huge loss of life force energy and potential we are letting go of.

If you are not already, I recommend charting your period in order to pay attention to how it relates to the phase of the moon and the emotions that arise in each phase.  I have been doing this for the past year and have been amazed to see how my period has literally shifted from the new moon to the full moon and there has definitely been a shift in my energy and capacity to see things in a different way.  It’s truly mind blowing, the infinite wisdom and intelligence of our bodies when we slow down to notice on a deeper level what’s really going on inside there.

I am a huge fan of Lisa Lister’s work to empower women around all things related to their periods.  She has written 3 books – Code Red, Love Your Lady Landscape and Witch.  I have all 3 of them and they are all rich in knowledge.  If you’re into this kind of thing, I highly recommend that you buy all 3 of them and enjoying geeking out and waking up this potent power within you.

I am donating a percentage of proceeds to Vision Zambia. This incredible organisation is working hard to improve the lives of girls and women in Zambia.

Get your free meditation audio track

A little gift from me to you, to help you ground and reset yourself. 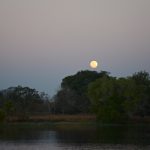 Bleeding with the Full Moon vs the New MoonSteaming 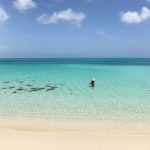 The Four Seasons of the Menstrual CyclePeriods